We mentioned in our last State of Development that we have a new Hero System in the works. We’re excited to announce that these Hero System changes will be in the v8.00 update!

The current Hero Squad utilizes three slots: Hero, Support, and Tactical. The new Hero Loadout is made up of seven components: one Commander, five Support Team members, and one Team Perk. Heroes also no longer have a full set of static perks which define their gameplay. Instead, they’re focused on a specific perk, and you can mix-and-match perks to best fit your playstyle. The Hero Loadout gives you the tools to play YOUR way. Let’s break it down!

The Commander is the hero you’ll play as during the mission. This hero will determine your abilities, Class Perks (more on those later!), and Commander Perk. The Commander Perk unlocks when a hero is evolved to 2-stars and it's a serious upgrade to the standard perk. Your Commander plays an important role in your loadout as commander perks pack a major punch. Use this to push your loadout to its limits!

The Support Team is the backbone of your loadout. Any hero slotted in a support team slot will grant you their Standard Perk, and 8% of their stats. This is where you’ll be able to leverage your hero collection to build creative loadouts. There are 5 support team slots, so you’ll have plenty of options to customize your build to your preference. You can play as a sniper-focused Constructor or a Soldier with the most souped-up Goin’ Commando you can assemble - the choice is yours!

Each Class has a set of Class Perks which make up the shared traits of each class. If you’re playing a Constructor you should always FEEL like one, but it’s important to us that you have the tools to express how YOU play a Constructor. Class Perks establish the core of each hero class without putting unnecessary restrictions on your gameplay choices. For example, B.A.S.E. has been converted from an ability to a Constructor Class Perk. As a result, all Constructors can access B.A.S.E. through their trap wheel. 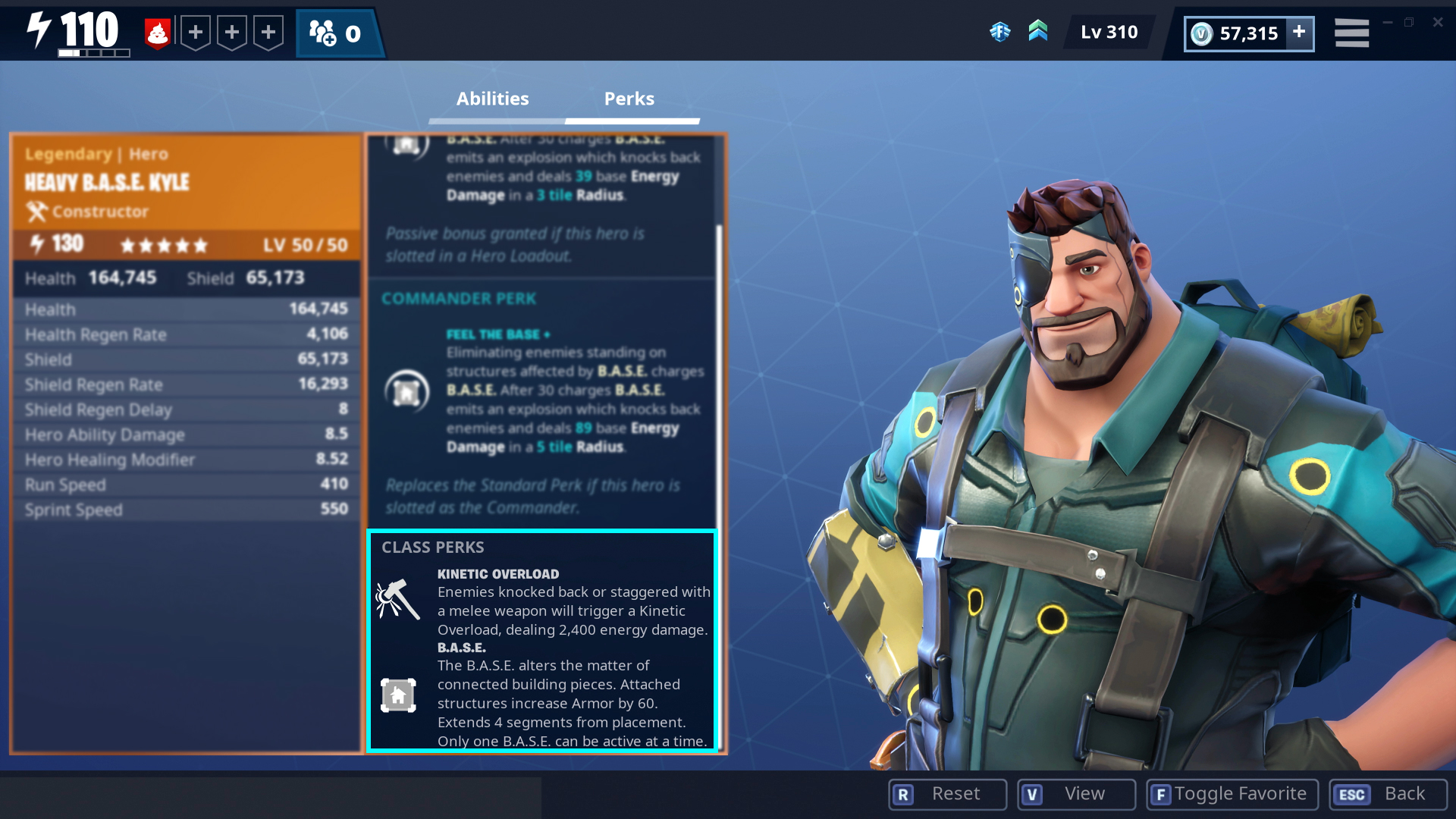 You’ll recognize most of the Class Perks as they previously existed in some form, however they’ve all been tweaked to better fit their new role. For some this means reworked or additional functionality, while others were simply tuned and adjusted. For example, In The Zone is an Outlander Class Perk and it includes the functionality of the old Keen Eyes perk by default.

Team Perks will test the strength of your collection, but among them are some of the most powerful, build-defining effects in the game. These perks aren’t attached to a hero, but are instead selected from a list of your unlocked Team Perks. When you first unlock the Team Perk slot, you’ll also unlock 4 Team Perks. We can’t wait to see the creative loadouts you put together!

These perks are special because you’ll only be able to activate them by fulfilling specific criteria with your support team.Team Perks have the potential to significantly change the way you play, but you’ll have to get your loadout just right! Here are some examples: