Become a Star Driver in the Tilted Taxis LTM!

Riding high after the Fortnite Joy Ride Update? Put your driving skills to the test in the new Tilted Taxis LTM! Spawn in a taxi and challenge other cabbies for passenger pick-ups and drop-offs to be among the best drivers on the road. 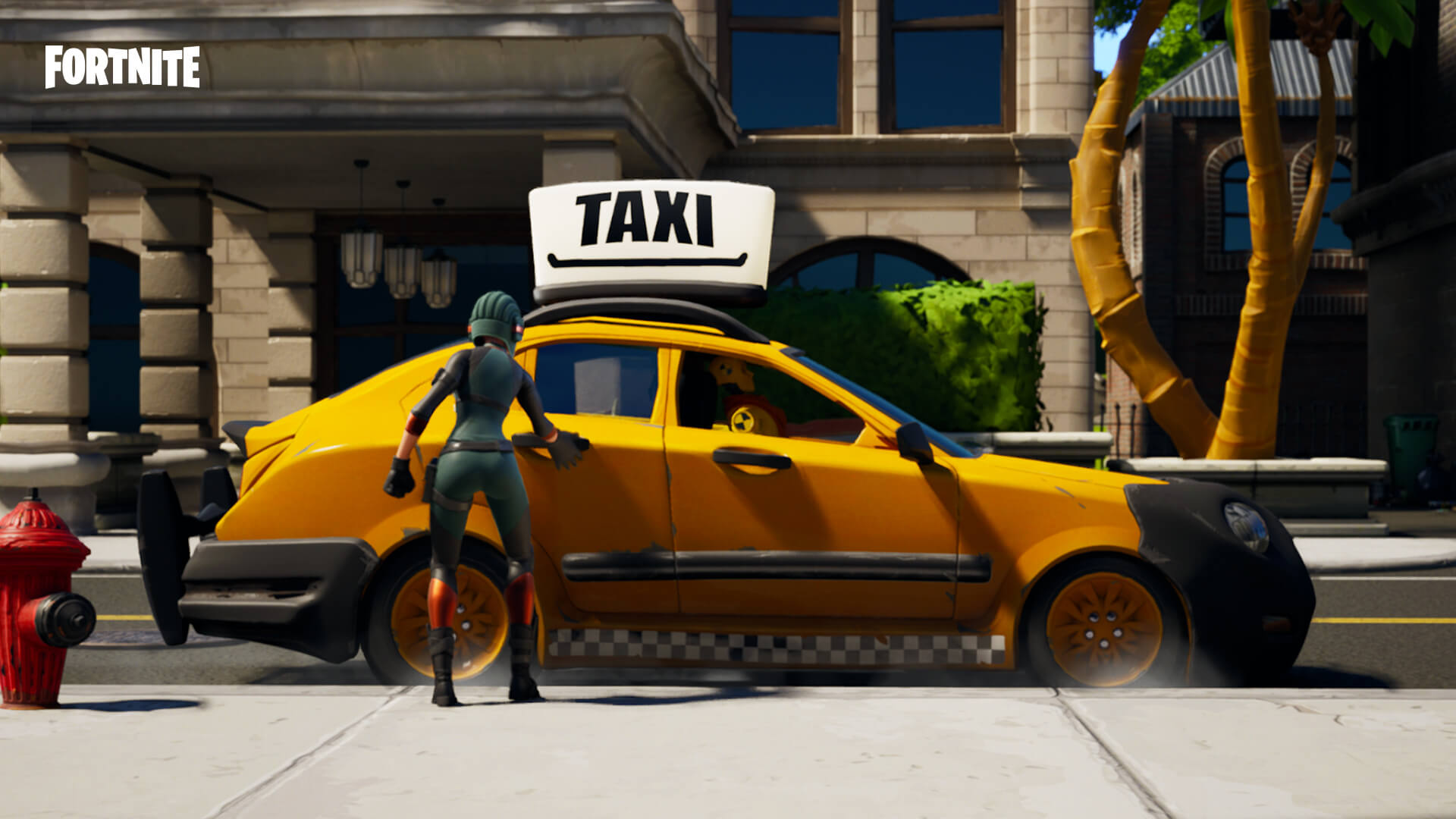 To reach victory, be the first to collect the target number of driver rating stars. Passenger drop-off requests (Fares) give a different amount of stars depending on the distance. BUT: it’s not just about the destination — it’s also about the journey. Earn bonus stars for pulling off a passenger’s special task: boost, ram another taxi, arrive without a scratch, go airborne, go wild.

Don’t worry about having a lead foot: in this LTM, taxis have infinite fuel. And if you wanna take the fight to your rivals the old-fashioned way, hop out of your taxi and grab an item for some ground-based combat. When you’re ready to get behind the wheel again, jump back into your taxi or hop in a new one.

Fare well on the road ahead!